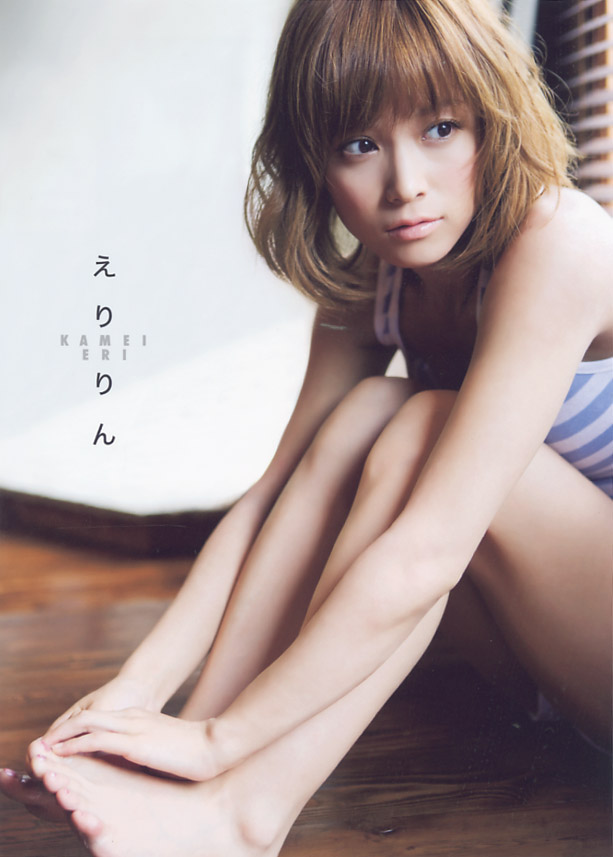 It was announced a while ago that Eri Kamei would be releasing her 9th Photobook titled “Eririn”. It is set to be released on October 26. The cover has already been released already and I’m lovin it. Her pose and facial expression are just so adorable although, I am a little disappointed that her hairstyle is pretty much the same from her “Sweet” PB. I can”t wait to see previews. I guess this will be her last PB while in Morning Musume but I hope she’ll continue releasing more PBs even after she graduates.